In cluster sampling, researchers divide a population into smaller groups known as clusters.  They then randomly select among these clusters to form a sample.

Cluster sampling is a method of probability sampling that is often used to study large populations, particularly those that are widely geographically dispersed. Researchers usually use pre-existing units such as schools or cities as their clusters.

How to cluster sample

As with other forms of sampling, you must first begin by clearly defining the population you wish to study. 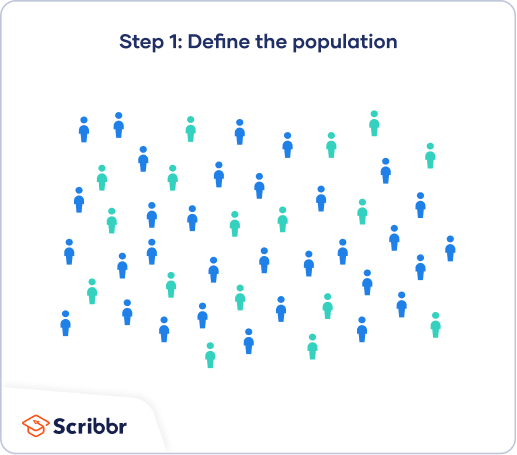 Step 2: Divide your sample into clusters

This is the most important part of the process. The quality of your clusters and how well they represent the larger population determines the validity of your results. Ideally, you would like for your clusters to meet the following criteria:

Ideally, each cluster should be a mini-representation of the entire population. However, in practice, clusters often do not perfectly represent the population’s characteristics, which is why this method provides less statistical certainty than simple random sampling.

Because clusters are usually naturally occurring groups, such as schools, cities, or households, they are often more homogenous than the population as a whole. You should be aware of this when performing your study, as it might affect its validity. 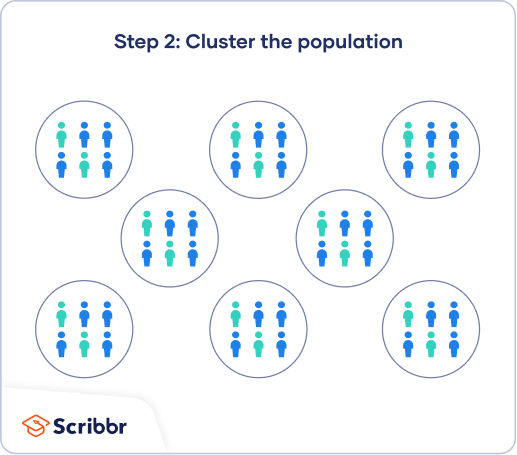 Step 3: Randomly select clusters to use as your sample

If each cluster is itself a mini-representation of the larger population, randomly selecting and sampling from the clusters allows you to imitate simple random sampling, which in turn supports the validity of your results.

Conversely, if the clusters are not representative, then random sampling will allow you to gather data on a diverse array of clusters, which should still provide you with an overview of the population as a whole. 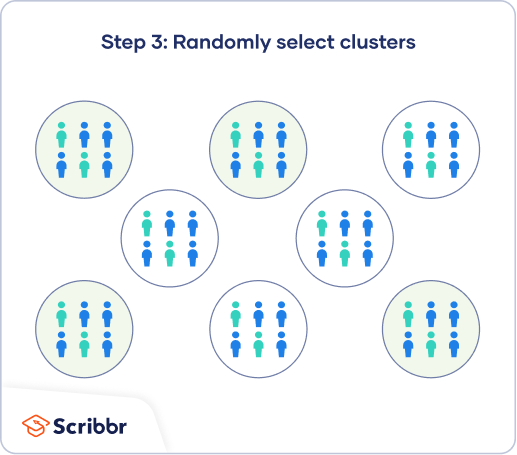 Step 4: Collect data from the sample

You then conduct your study and collect data from every unit in the selected clusters. 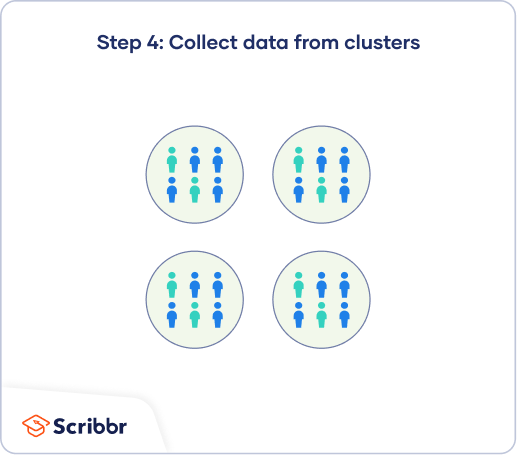 In multistage cluster sampling, rather than collect data from every single unit in the selected clusters, you randomly select individual units from within the cluster to use as your sample.

You can then collect data from each of these individual units – this is known as double-stage sampling. 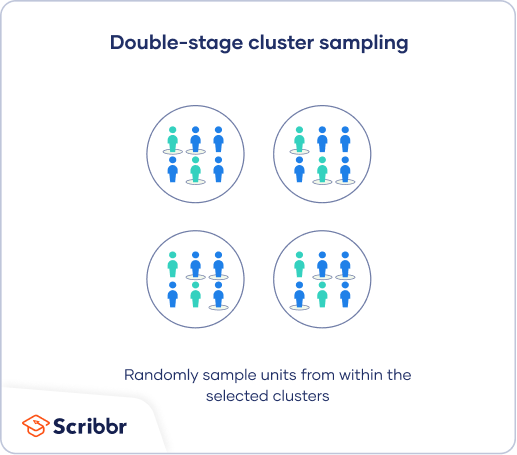 You can also continue this procedure, taking progressively smaller and smaller random samples, which is usually called multistage sampling.

You should use this method when it is infeasible or too expensive to test the entire cluster.

Cluster sampling is commonly used for its practical advantages, but it has some disadvantages in terms of statistical validity.

What is cluster sampling?

Cluster sampling is a probability sampling method in which you divide a population into clusters, such as districts or schools, and then randomly select some of these clusters as your sample.

The clusters should ideally each be mini-representations of the population as a whole.

What are the types of cluster sampling?

There are three types of cluster sampling: single-stage, double-stage and multi-stage clustering. In all three types, you first divide the population into clusters, then randomly select clusters for use in your sample.

What are some advantages and disadvantages of cluster sampling?

Cluster sampling is more time- and cost-efficient than other probability sampling methods, particularly when it comes to large samples spread across a wide geographical area.

However, it provides less statistical certainty than other methods, such as simple random sampling, because it is difficult to ensure that your clusters properly represent the population as a whole.

To draw valid conclusions, you must carefully choose a sampling method. Sampling allows you to make inferences about a larger population.
15

In simple random sampling, researchers collect data from a random subset of a population to draw conclusions about the whole population.
New